Lesbian couple who were kissing in a takeaway were jeered at by staff who said they ‘did not want to see that’. Alice Bowerman, 31, and partner of two years Terri-Ann Metcalfe, 34, were on a night out in Nottingham on Sunday night and ended up at the Marmaris takeaway. But they were left feeling ‘shocked and angry’ after staff started directing jeers at them after they exchanged a casual peck.

A lesbian couple claim they were abused by takeaway staff for kissing in a restaurant.

Alice Bowerman said she was “shocked and angry” after staff at Marmaris in Nottingham jeered at them and told them they “do not want to see that”. pic.twitter.com/jK3pxHNVMt

‘I’ve been in same-sex relationships since I was about 19 and I’ve never experienced anything like this before.’

Nottinghamshire Police have confirmed a ‘hate incident’ occurred at the takeaway at around 3.30am on Monday morning and officers are investigating. 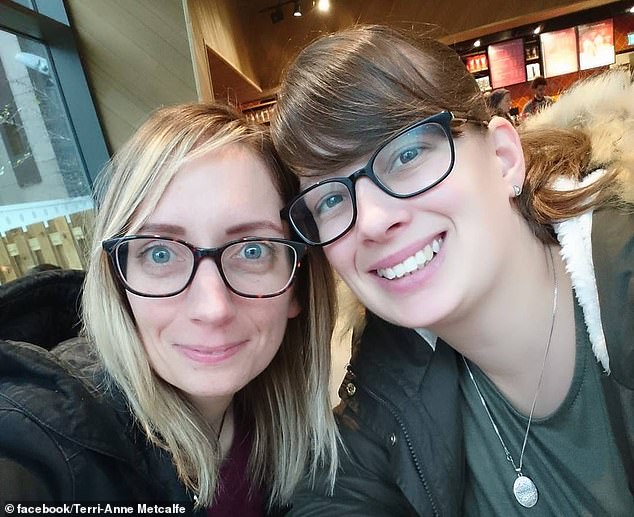 What Alice Bowerman about their self

Ms Bowerman said staff said, ‘We don’t want to see that here’ and ‘We have families here’ despite it being 3.30amThe manager of the restaurant has declined to comment. Ms Bowerman said none of the other customers or staff intervened after they were subjected to the jeers.

She wrote on Facebook: ‘If you are LGBTQ+ I would never go here, we received so much abuse for a kiss on the lips such as shouting out in front of everyone “We don’t want to see that here” and “We have families here”

Terri-Ann Metcalfe asked if he would say the same if it was a male and female and they laughed and said no because that’s normal!

‘When I confronted the manager his response was “I like to see girls kiss”.

‘I’ve always felt safe in Nottingham but this has disgusted me so if you agree then please share this and boycott the place.’

Ms Bowerman said it reiterates why events like Pride were still necessary despite having always felt safe in Nottingham.

Craig Martin, secretary of Nottinghamshire Pride, said he has endured similar incidents in Nottingham and other UK cities.

Don’t go here if you want an #LGBTQ welcome, received the most amount of hate crime,kissed my gf and one thing they said was ‘we don’t want to see that here’ ‘it’s not normal like straight people’ disgusted and hurt by this! #Nottingham #bycott #HateCrime #discriminationin5words pic.twitter.com/FJH6uPGXKN

Craig Martin, secretary of Nottinghamshire Pride, said he has endured similar incidents in Nottingham and other UK cities.

“I’ve had things shouted at me before,” he said. “You’re certainly sensitive to who else is about, looking and checking.

“I feel resigned [about it], I feel sad, but I am not surprised. You move on quickly because it seems to be becoming so much more the norm.”

Nottinghamshire Police said: “A hate incident has been reported and officers are continuing to investigate.

“We’d like to thank the victim for reporting and we will be providing the appropriate support to them.”

Fast Facts You Must Need to know